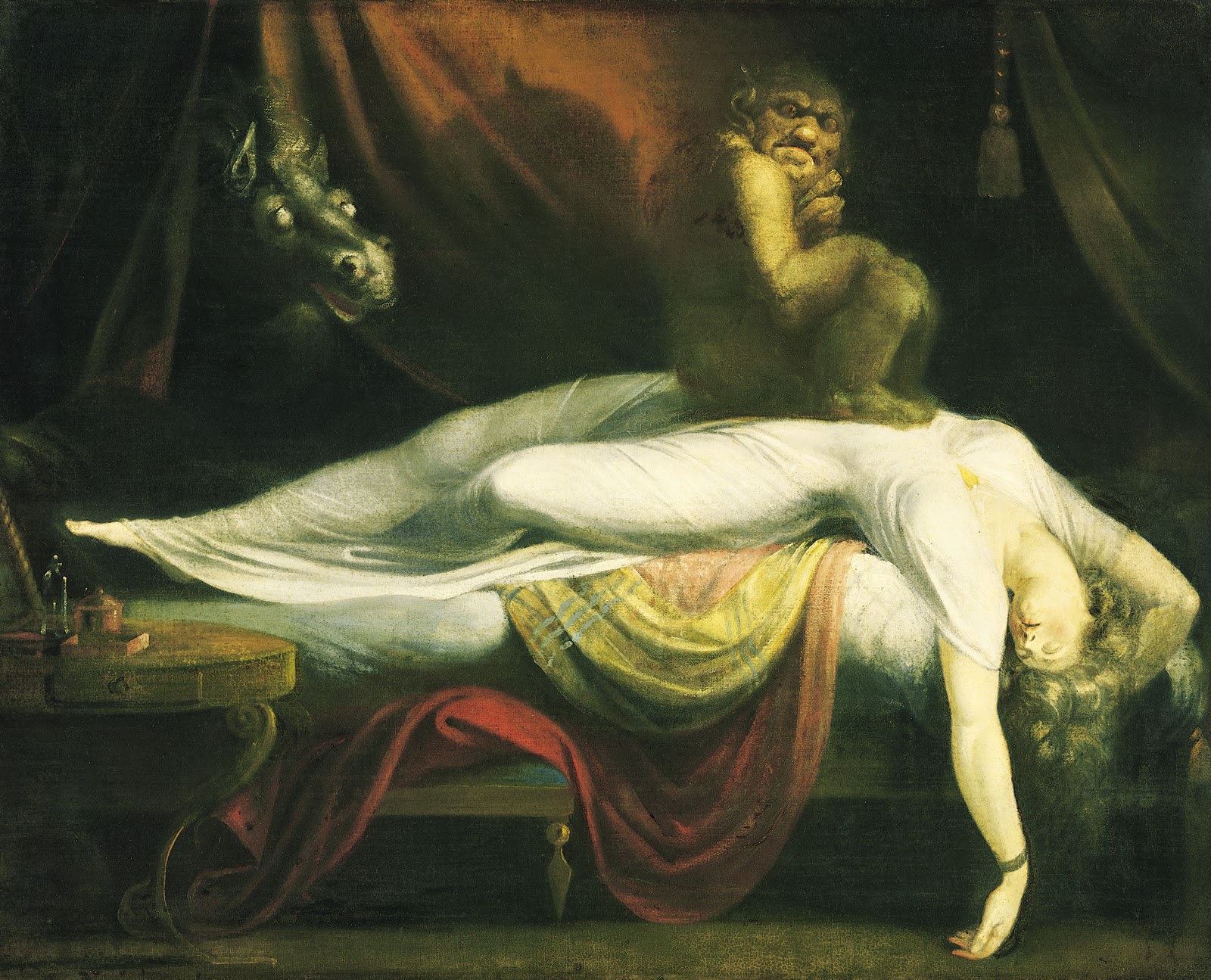 ‘We now know the identity of the most reviled man in the world…’ said the BBC broadcaster.  On the day of the publication of the long-awaited report into Jimmy Savile at Stoke Mandeville Hospital, it might be thought to be a reference to the deceased celebrity.

In fact it was ‘Jihadi John’, who proudly parades beheadings on the internet.

However the eliding of a bloodthirsty terrorist with the posthumous reputation of Savile is not that far-fetched in view of the hyperbole that has attended his fate since the first claims became publicised back in 2012.

Beginning with the Met police and NSPCC report ‘Giving Victims a Voice’ findings have been made on the strength of the historic allegations alone.

Subsequent detailed reports intended to investigate claims tend not to go further than rudimentary checks, where available, while the allegations remain vague, replete with stereotyped notions of sexual assault.

On Radio 4’s Today programme, a former friend and employee of Saville for 40 years had the temerity to question the posthumous demonization.

Frankly, she said, she could not accept any of the allegations as true without a proper court case.  She did not know what was true, but it didn’t accord with her experience of him at the time, nor many others she knew.

For the authors of the report however there are no doubts, and nor had there been.

They proceeded on the basis that all claims were true and found accordingly.  There was no documentary evidence, and it seems the only complaints made at the time were seen as ‘inappropriate behaviour’ (in one case giving a 14 year old girl flowers) rather than sexual assault or worse.

As the presumption of guilt has gathered pace the authors are casually flippant about the defects in methodology, citing CPS policy and ‘sexual abuse ‘experts in support.

We learn from the report:
6.6 Some of the victims were confused about dates and on occasions a few provided inconsistent accounts. However it should be understood that this is entirely normal and recognised as such by both sexual abuse experts and the Crown Prosecution Service. In itself this is not an indication that an account is false and is a frequent feature of statements given by individuals who are reporting events from a long time ago. Alison Levitt QC, Principal Legal Advisor to the Director of Public Prosecutions, wrote a report in March 2013 which said “… damaging myths and stereotypes which are associated with these cases. One such misplaced belief is that false allegations of rape… are rife”. Alison Levitt’s research shows that false allegations are rare and current thinking stipulates that victims should be believed unless there is evidence to suggest otherwise. In the case of the Stoke Mandeville Hospital victims no such evidence existed.

6.7 The Investigation could not find clinical records for each of the patient victims as most of these had been destroyed. Personnel records for staff victims (who no longer worked at the Hospital) had also been destroyed and visitor victims left no traceable evidence behind them to show that they had ever been to the Hospital.’

All the allegations therefore are rubber-stamped as true without more.

You can see their point.  Why bother to look into claims when you’ve already come to a decision?

Strangely enough though, there is no mention of psychotherapist Valerie Sinason’s claim that patients from Stoke Mandeville told her about 'satanic abuse' at the hospital.

Were these claims not submitted to the enquiry?  Or were they put aside as being fanciful, undermining the credibility of other complaints?

Ms Sinason, who is a specialist in ‘multiple personality disorder’, is an ardent crusader for belief in ‘satanic abuse’ despite its doleful history as a mythical conspiracy theory.

Nevertheless her status as a former NHS psychotherapist and her publicising of claims ought, one might think, have drawn the attention of the panel to consider it in some measure.

The Stoke Mandeville report is in fact unique among the slew of new reports published in that although it has the most extensive and serious claims, and is likely to be the most influential, it affords the least effort among the reports in terms of attempts at substantiation.

Some of the other reports, while nominally more probative, made findings on the basis of alleged ‘encounters’ or potential ‘sightings’ of Savile as if not only his alleged offending is a worthy subject of damning enquiry, but his very presence.

The term ‘demonised’ is frequently an over-used cliché, but the Jimmy Savile ‘legacy’ suggests that he really has become, in secular terms, the devil incarnate.

Indeed, some of the descriptions appear to resemble sightings of a mythical incubus, rather than anything happening in space and time, which may be telling in itself.

Meanwhile in Leeds, a new report builds on the previous one (which kick-started the mortuary allegations) with fresh complaints considered at length, that were prompted by the previous report.

It seems that the Savile legacy will be a never-ending story, at least until the money dries up.

But in fact there is not a single allegation of any seriousness against Jimmy Savile that we have read about which could be said to be evidentially reliable on the basis of the evidence provided.

Claims that ‘everybody knew’ he was a sex pest or a paedophile appear to be post hoc reminiscences, possibly based on vague rumour or exaggeration, since he was certainly tactile and given to kissing ladies’ hands or arms in public.

The ‘paedophile’ rumours surrounded him for some years before his death – but again there was no reliable evidence and plenty of people who now claim ‘they knew’ were happy to hobnob with him at the time.

The fact is we don’t know the nature and extent of his alleged offending.  What we do know is that there are numerous claimants seeking compensation from private and public resources.  Some of these have already been sifted as unreliable using minuscule resources compared to the official reports.

Even a few dogged individual researchers on the internet have been able to find evidence to contradict claims – often through critical scrutiny of publicly available news reports and documents – which are, to coin a phrase ‘in plain sight’.

They in turn have been contacted by people who did know Savile and are bemused and sceptical.
But outside the blogs, it appears that these plaintive witnesses are given no voice by the media or the enquiries.

Of course there are many claimants, but nearly all have come forward since the broadcast of the Exposure documentary, which has been investigated as being critically flawed.

The presumption that numbers necessarily dictate truth is wrong.

Whatever the actual truth in individual cases there are numerous ways mass claims may be false.

Firstly, none of the claims are truly independent.  They have come in the wake of the original claims. When it is claimed complaints were made at the time, there is no proof that this was the case, or if so, that the complaint at that time was similar to that made now.

Collective delusions and mass hysteria are well-known psychological phenomena. While they generally affect confined communities, in the age of mass and social media, they may travel across a wide community.

Anyone who met Savile, or might have, may then ‘remember’ an alleged assault, or exaggerate an innocuous event.  Being told he was a very bad man, may invite radical memory reconstruction.

Then there are people who are fantasists and habitual liars. These may be a minority of claimants, but can be significant, particularly when it comes to dramatic claims.

Then there is the previous history of rumour surrounding Savile. The fact that rumours were already in circulation prior to his death, is an invitation for people to make false claims.  That is the nature of rumour.  Celebrity may attract this, just as claims of child incest were levelled against Marie Antoinette on the basis of her position and profligacy (and of course her alleged sexual licentiousness was the subject of numerous published pornographic libelles).

As judges used to say, experience shows that people do make false allegations of sexual crimes.
Whether there is something particular about the subject matter that turns heads, other than being hard to refute, is an open question.

Freud thought his patients had all been sexually abused having presumed this was the case.  Then he decided that women have sexual incest fantasies.  But whose were they? His implanted in their minds, the women’s, or true experiences?

Perhaps a mixture, but bearing in mind the age old ideas about demonic sexual predators – the incubi – there may be something in the idea that fantasies about sexual experiences are more prevalent than might be the case in other domains.

Yet it was the Freudian heritage that concentrated modern minds on the idea of the ubiquity of sexual abuse,  the  supposed unique effect undermining psychological well-being and, finally, the belief that ‘memories’ of assaults can lie frozen in the mind for decades until ‘defrosted’ by a ‘trigger’ event.

The theory of ‘repressed’ and recovered memory for significant adverse experiences has no scientific standing.  Yet many of the alleged Savile victims claim it was only when they saw or read about his alleged offences that they ‘remembered’.

In all cases, the prospect of significant compensation payouts without being held to account has to be seen as a significant incentive to exaggerate, lie or fantasise.

Yet for the report writers no such possibility appears to either be contemplated or to be worthy of consideration.

Given the incentives to make false allegations and the effect of the publicity surrounding the initial claims, this complete absence of scepticism is staggering, if predictable.

For as the report says, this is what the CPS and the police consider to be right in addressing sexual allegations, while constantly appealing for more people to make claims.  It is true that many sexual assault victims do not report their experiences, but this is usually because they are relationship based where understandable factors may inhibit.

But as the ease with which claims such as those in Stoke Mandeville are accepted without scrutiny becomes more widely recognised – and with it the CPS and police policy to this effect – it is inevitable that yet more false allegations will be generated, to the further detriment of justice in the UK.